We became interested in the variety of movement under the A12 flyover in Hackney, London, from barges and bikes to buggies and joggers. To creatively explore these different speeds and people we used found materials from a fly tip on the other side of the flyover to create instruments and made a system of musical conduction and performance. This system used the passers by as a way of generating a piece of music. Depending on the type of passer by and speed, the conductor would determine how loud or soft to play and when each instrument was queued to come in. As well as the performance we created a notation for the score and a branding which was worn on matching t-shirts and on the cover of a CD with the music we generated. We also made a scale model of the site we were working in, using the laser cutter for the plywood elements, spray paint and wire work. 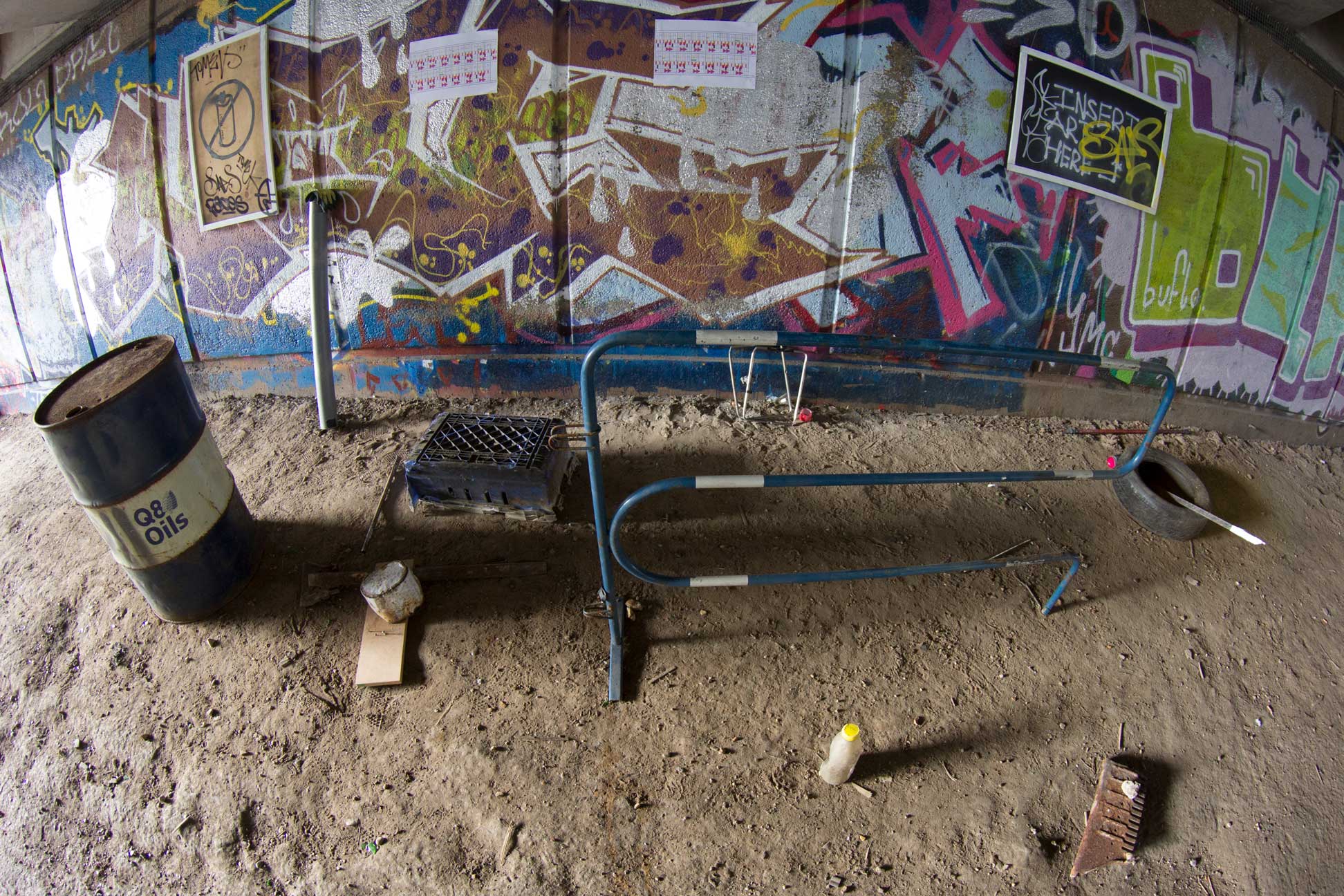 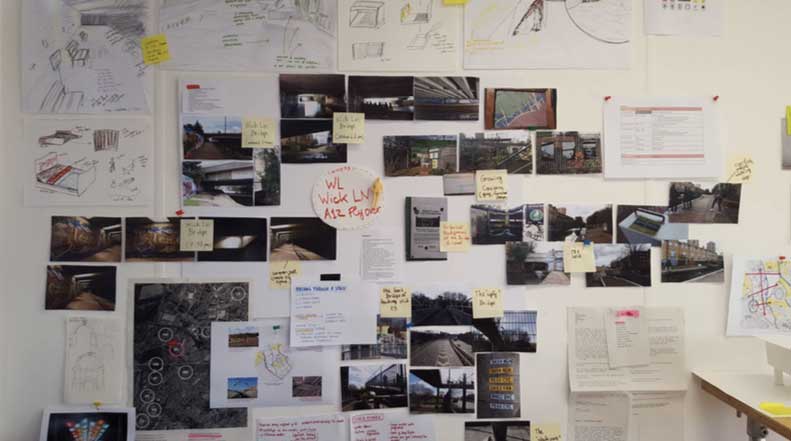 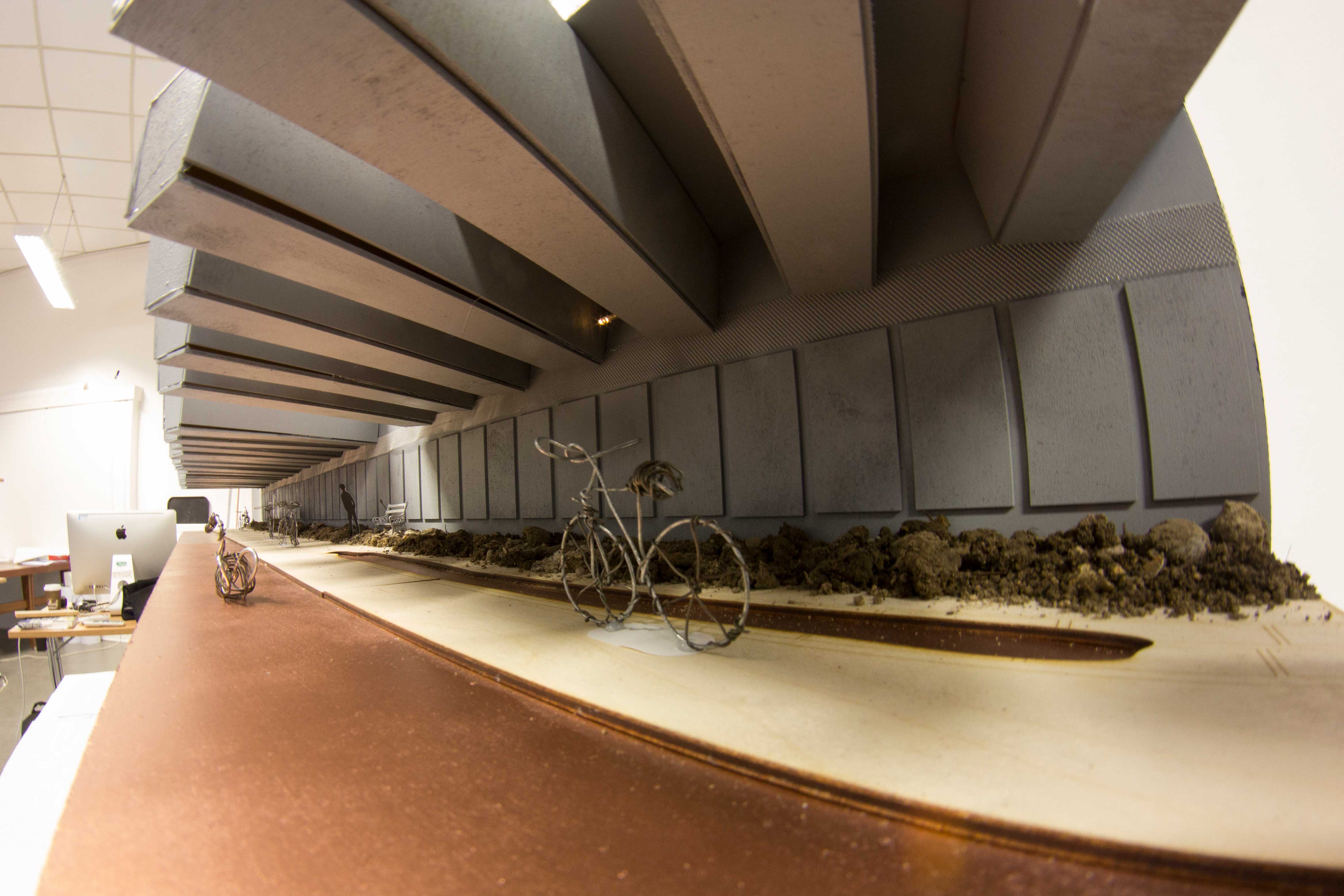 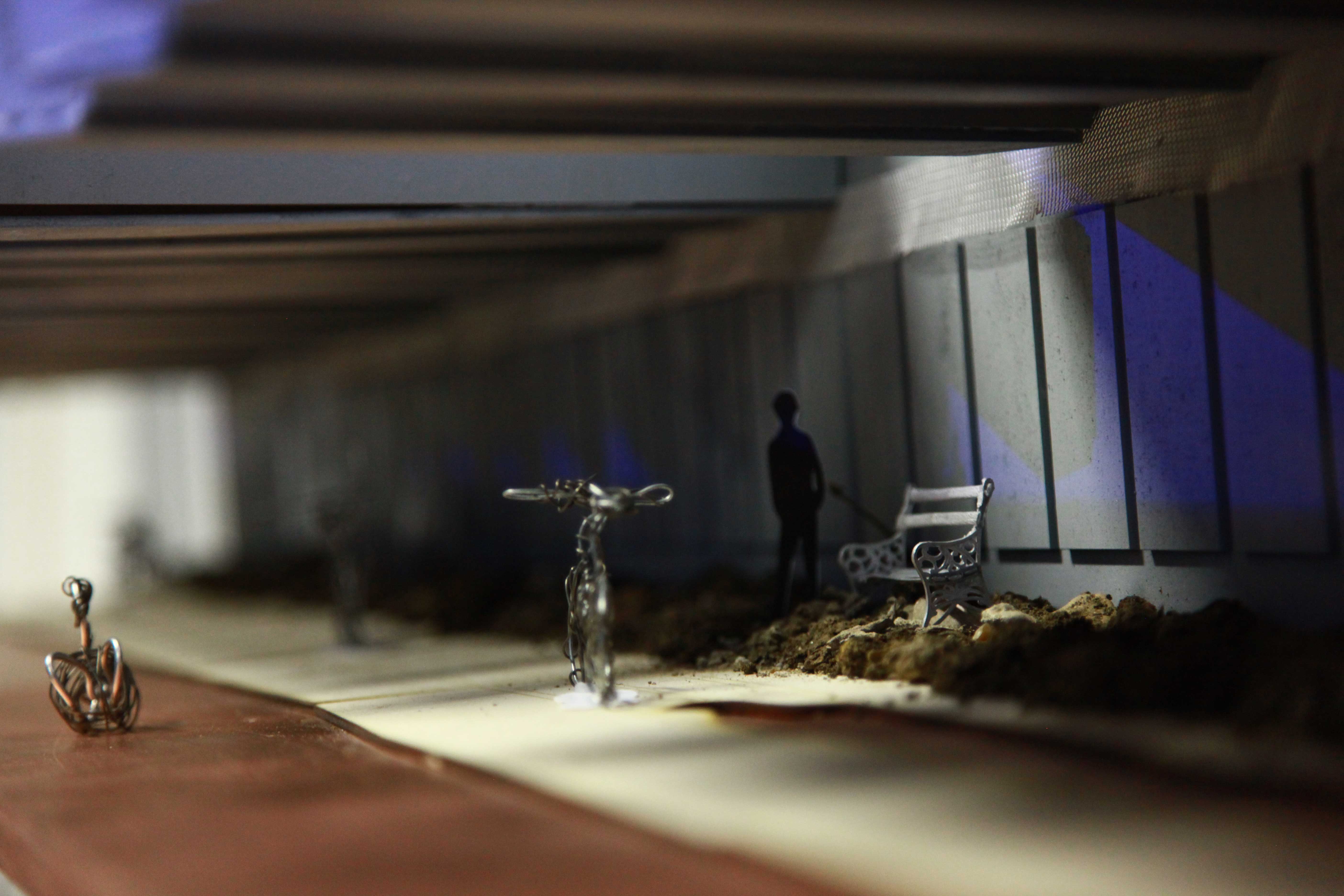 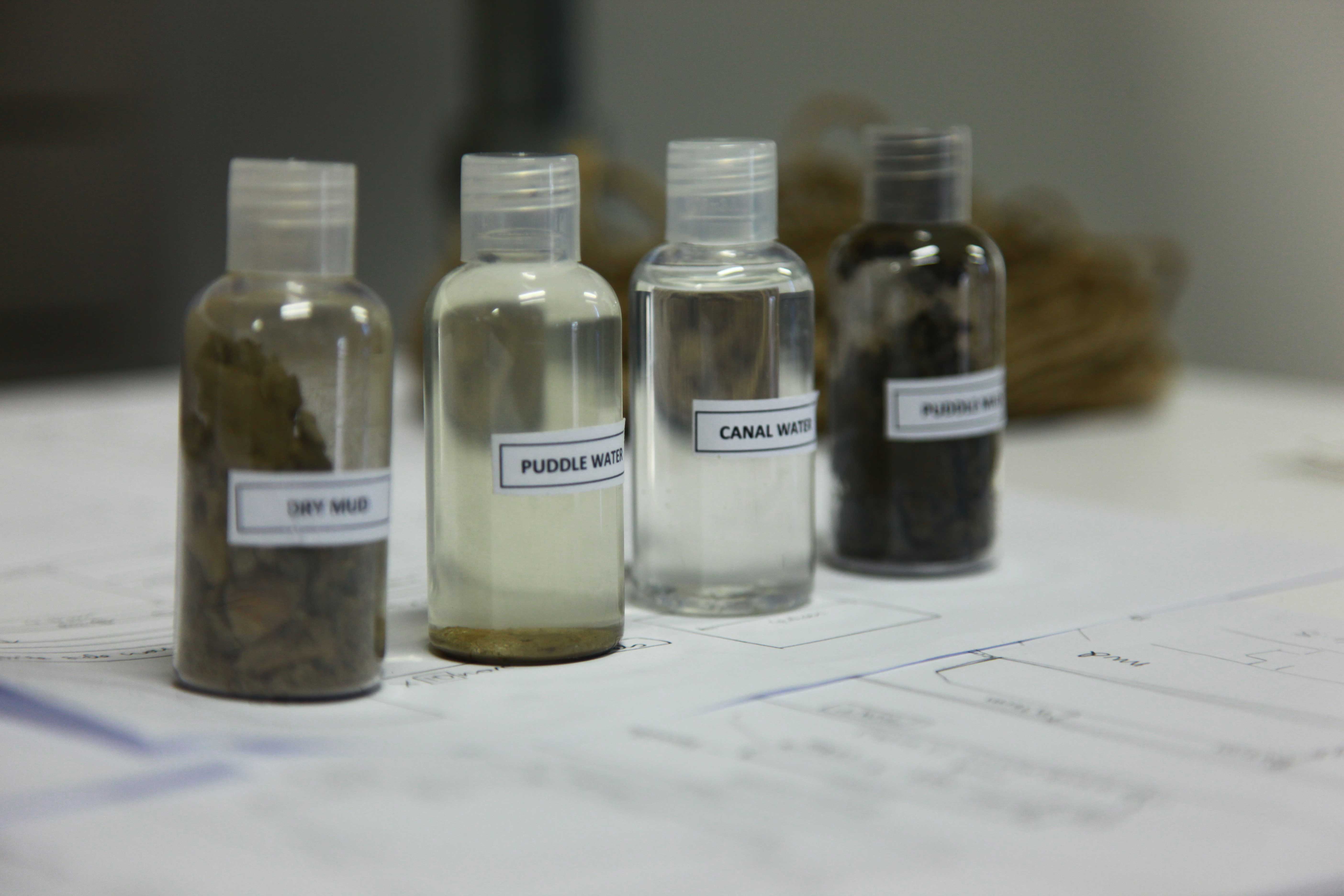 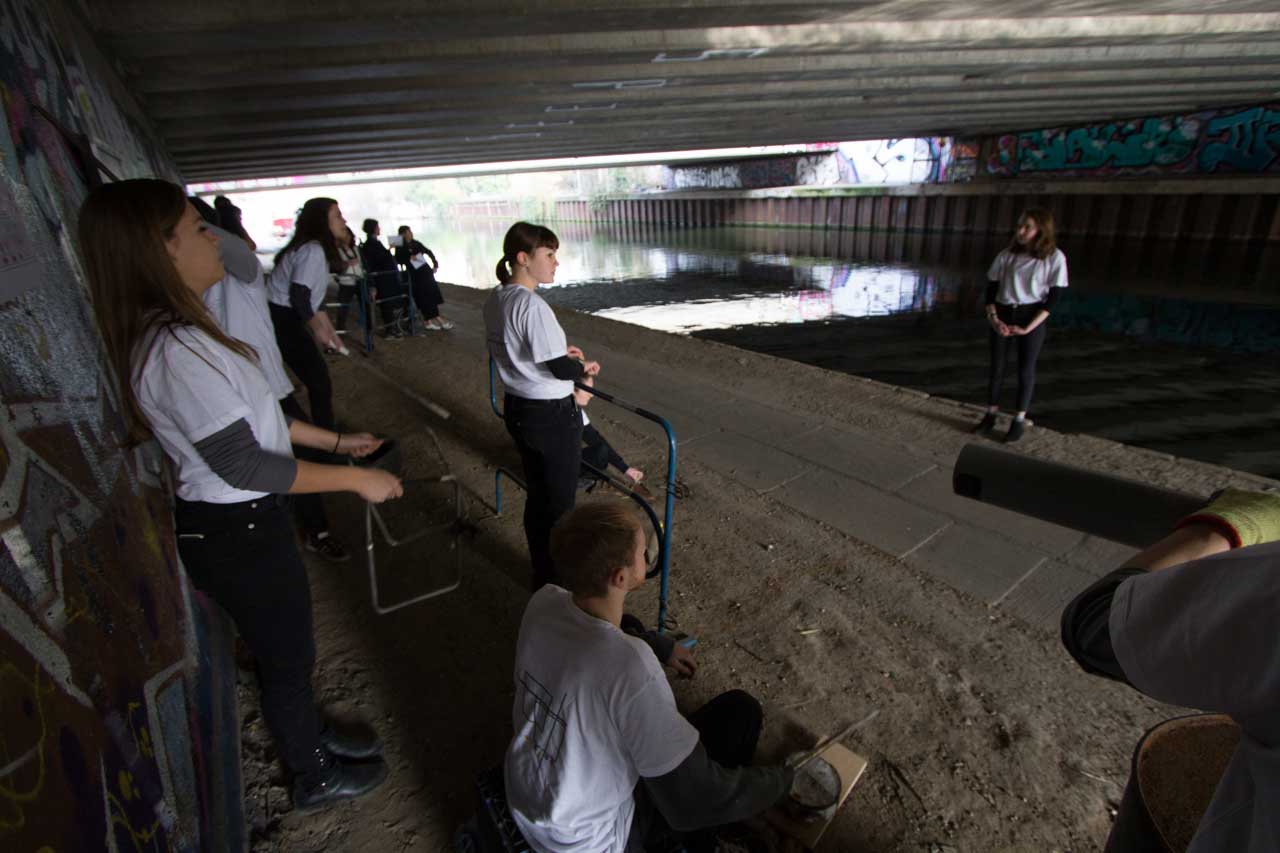 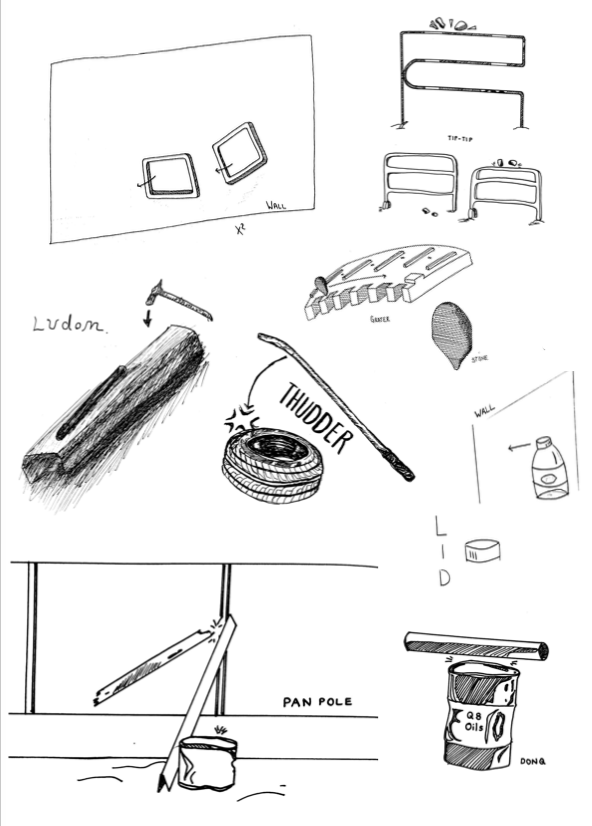